The following is a transcript of the video.

Jon Bristol: My name is Jon Bristol, and I’m from Trinidad and Tobago. I’m the director of Super Fresh, and today I’m going to show you how we clean very dirty mattresses as well as the average dirty ones. So, a typical process of cleaning a mattress is we spray on an enzyme-based cleaner, and that will break down the dirt and the body oils and, you know, the incidents. And we give that chemical some time to work. After that, there’s some agitation, also known as scrubbing, and in the final stage of the process, we use the extractor, and that would spray on a solution of clean water, fabric shampoo, and deodorizer and vacuum at the same time. So it rinses away everything, so there isn’t any harsh chemicals left to interfere with anyone’s skin or anything afterwards. There’s going to be a lot of dust buildup over time. There’s going to be hair. If there are a lot of kids in your home, you’re going to find urine, even if the client doesn’t know. Sometimes, you know, some people eat on their beds and stuff, so you find crumbs from various foodstuff. All right. So, I actually had no idea what to expect when coming to do this job. And I’m still not entirely sure what caused it. It may have been some flooding in the area, but I’m not sure. So that was probably more than five years for sure. So, right here, I am spraying on the enzyme-based cleaner onto the mattress, and I’m looking to see the areas where I may have to apply another coat as we go along. What I use right now, it’s a synthetic enzyme. I could use it for everything, but there are some stains that would require additional chemicals if you really want to get them removed visually. But the most important thing for most clients is getting the actual thing that caused the stain out. So we say there may not be a visual improvement, but you can be sure that you’re getting all the nasties out. They’re usually just regular buildup, so just regular dust and dirt that accumulate over the years. Some clients don’t use a full three-piece sheet set. A lot of clients don’t have mattress protectors either. Using heat is beneficial because heat acts almost like a universal catalyst. So heat would help your chemicals to work faster, so it would help the enzyme cleaner to break down the stuff faster, and it will also help the fabric shampoo to latch onto the dirt particles faster. So it helps make the cleaning process more efficient. Unfortunately, there’s no way to know for sure that you get 100% of it, but you want to know that you’re picking up as much as possible. This mattress was especially dirty, so it’s either, like, a lot of years, probably more than seven or so, or a lot of use. But I don’t think it’s any one thing, but just a combination of factors that leaves it to be that condition. I found that you could use a variable-speed polisher and a scrubbing-brush attachment. The brush is rotating at about 600 rpm. We use the softest brush available, because some fabrics are really delicate. And we use that to help break down the larger debris and stuff on the surface of the fabric. So it helps break down the larger pieces of debris, ’cause sometimes they have buildup that is really, really bad, and it’s actually, like, caked up. The general process for removing stains is just to isolate where the stain is, and I may double-apply the enzyme-based cleaner to it or I may spend a little longer scrubbing it. I believe for this one the client told us it was probably about two years, and it wasn’t too bad. It was just, like, a cream-ish color, but we know the original color was white, and so we sprayed it one time and we did the scrubbing. I mean, you’ll always have the extreme. Some would be much, much darker brown. Some would be much more spotty. But the average person is just a little cream, just a little off-white from where it should be. For mattresses, you’re usually going to get those kind of colors, because even below the surface, you still have a lot of debris. Your dead skin cells, your dirt, and your dust building up. So even if the top  After a certain amount of years, your mattress significantly increases in weight simply due to the dust and dead skin cells that collect. So, one, it’s going to be more uncomfortable. Two, if you’re using it regularly, some of that is going to be entering the air. So you’re going to have a lower-quality air inside the home. It may attract mites if there’s a lot of moisture around. Just overall it’s not going to be the best way of well-being. For people that are asthmatic, the buildup of dust could be a problem. For people with sensitive skin, any buildup on your mattress over time could pose a threat in the future in terms of having flare-ups. If you’re taking only preventative measures, I don’t think you should need to service more than, like, once a year. Get it cleaned and then get a mattress protector, because you can always wash that every fortnight or every month, and you’re in a much better position than paying me. And I don’t mind, but you’re in a much better position for your own well-being.

Why Is Education Important 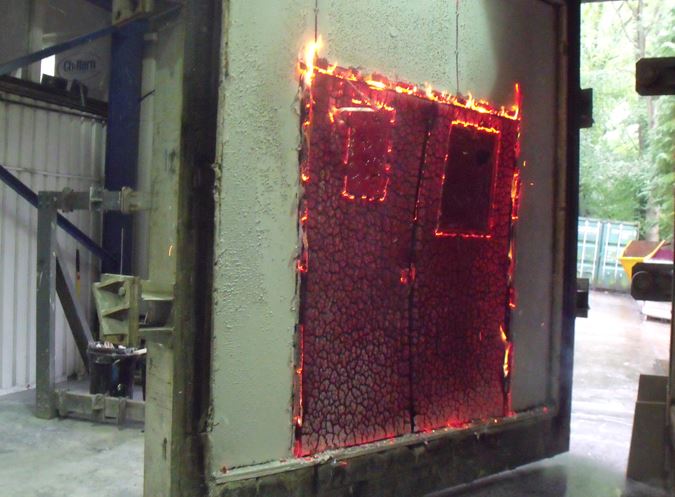 What Is A Fire Door And What Is It Used For?